I've always asked folks that when I have given them a rod to pass me a pic of the first fish they catch on it.  I occasionally update this as I get pics (not everybody gives me a pic).


I finally gave dad his overdue retirement gift.  See the other posts for details. 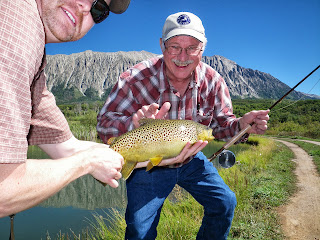 Brian Ross received this rod a while back.  He was back in CO with a chance to pick it up and fish it.  Pretty cool to be fishing dries on the Platte/Ark in late fall.

Luke Kelly received a rod this past Aug as a wedding gift.  Luke had spent a number of years helping teach with the CU Flyfishing club.  The rod is one of Shamburg's tapers, 4wt 7'6" Big Creek.  First fish was a West Slope Cutt. 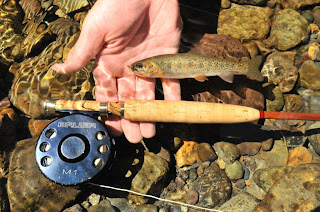 First fish on the first cane rod I built.